The Royal Academy of Art held an exhibition titled “From Life” between December 2017 and March 2018. This exhibition looked at the historic relationship between artists and drawing from life, and how it has developed into modern day. Unfortunately it was fairly disjointed in the work and how it was arranged, and slightly disappointing.

Life drawing has traditionally been seen as a vital step in learning how to draw, and many schools of art made it compulsory to attend sessions. In modern day, life drawing is not seen as vital, but rather as a tool to develop an understanding of proportions and anatomy. Many of the pieces of work in this exhibition seemed to have little or no relation to life drawing, in particular, the VR films at the end of the exhibition couldn’t be further from drawing or life.

A whole room (a fairly large proportion of the exhibition) was dedicated to the work of students from a life class where Iggy Pop was the model. The students ranged from amateurs to professionals and it was clear that some of these students had never drawn before and had no concept of anatomy or proportion. By contrast, others had attempted to make their work stand out by dressing their drawings up with ink washes and other unnecessary additions, and loosing the energy of the model completely, creating just a pretty picture.

Life drawing is about creating a proportionally accurate drawing of the body in front of you, whilst also capturing a sense of their energy. Many of the pictures shown seemed to be more based on photographs that they had seen of Iggy Pop rather than drawings from life, which is the disadvantage of having a famous model for a class. It can be difficult to look past what you think you know of them and focus on what is actually in front of you.

With work by practitioners such as Jenny Saville, Lucian Freud, and Chantal Joffe, it was a shock that the only really decent things exhibited were Chantal Joffe’s self portraits. They are wonderful explorations of self image and the figures seem to be barely staying together in awkward positions. The painting by Lucian Freud can only just be considered a painting. A fragment of a head on a blank canvas, it seems as if he has hardly even started painting and it is as if this has only been included in order to include his name in the exhibiting artists. Two of Yinka Shonibare’s mannequins were on display, dressed in west african batik, with globes instead of heads, which had no connection to the “life drawing” theme of the exhibition, and seemed to have been included in the exhibition perhaps because he is a Royal Academician and RA is currently celebrating it’s 250th anniversary (this exhibition is actually part of that celebration).

Some of the pieces included in the exhibition were a pleasure to see, even if they didn’t belong there. The exhibition itself doesn’t know what it is about, and it felt a lot more like it was celebrating portraiture rather than life drawing. 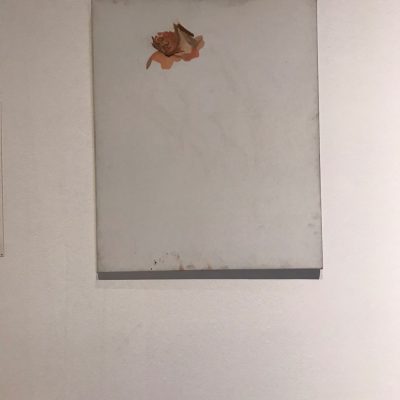 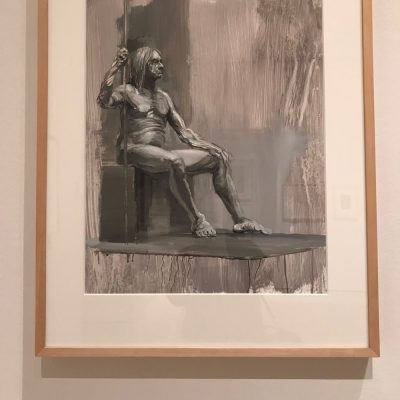 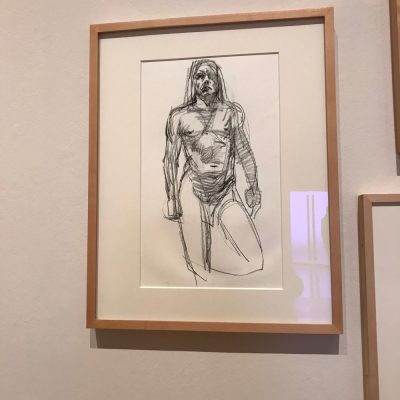 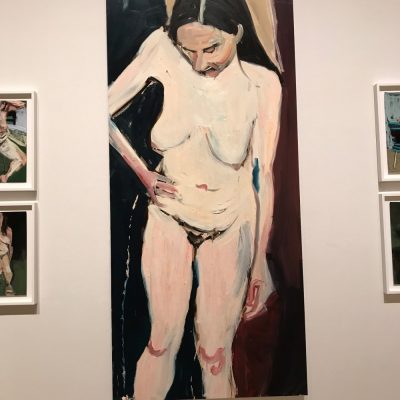 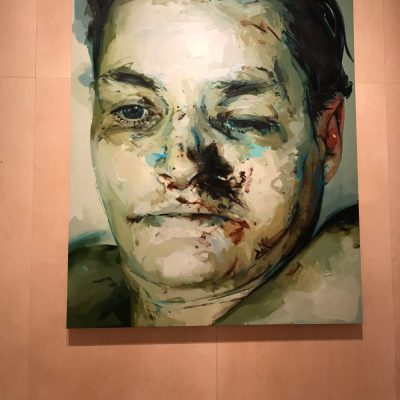