Jean Dubuffet Exhibition at the Stedelijk in Amsterdam

Whilst in Amsterdam, I visited the Stedelijk Museum. I was especially excited about this gallery due to the Jean Dubuffet art exhibition. I have studied his work previously during A-level, and I fell in love with his L’Hourloupe collection which he developed in his sixties after painting for twenty years. The majority of the pieces from this collection were allegedly based on doodles Dubuffet was creating whilst on the phone. He would create interconnecting patterns with a biro pen, and became inspired by the ever changing patterns (which goes to show that inspiration really does come from anywhere and everywhere). The paintings from the L’Hourloupe collection consist of blue, red, white and black interconnecting patterns. Some contained the third primary colour- yellow. Dubuffet then created some really unique sculptures from these paintings. When I saw these sculptures online through the screen of my laptop, they appeared to be smooth and shiny, however, the sculptures that I saw in the gallery were smooth, but they had no shine and were made from styrofoam, and paint. The true materials of these sculptures opened my eyes to the usability of readily available resources. Styrofoam is not a widely sought after or expensive material, and yet, Dubuffet created something utterly beautiful out of it.

One thing that I really admire about Jean Dubuffet is his constant ability to change and adapt his style of work. He never truly settled on one style of painting, and was consistently striving to better his work and himself. I think that this requires you to let go of your ego and really accept that nothing is truly ever perfect, and you can always improve. Some of Dubuffet’s early works were heavily criticised due to their child-like qualities. I think that the muddy brown colour palette (which could be due to the addition of actual mud and sometimes straw, for texture) of his early paintings works really interestingly with the heavy texture that he used, something that contrasts dramatically with the L’Hourloupe collection, which is very two-dimensional.

I was ridiculously happy that some pieces from the L’Hourloupe collection were on display. It was great to see things with my own eyes that I had been looking at through a screen for so long. The paintings were bigger than I had imagined, and it was an amazing experience to see all of this work in person. It is one thing to look at a version of a painting, constructed of pixels, but it is another to be stood right in front of the painting, able to see each and every brush stroke. You feel so much more connected to the piece and the artist.

By seeing Jean Dubuffet’s work, I have truly been inspired to make an effort to seek out and attend exhibitions for other artists and pieces of work that I have loved through a screen. It really does make such a huge difference. 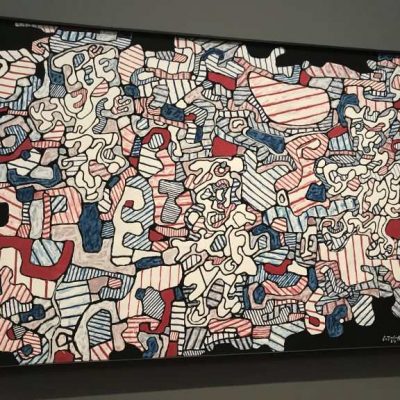 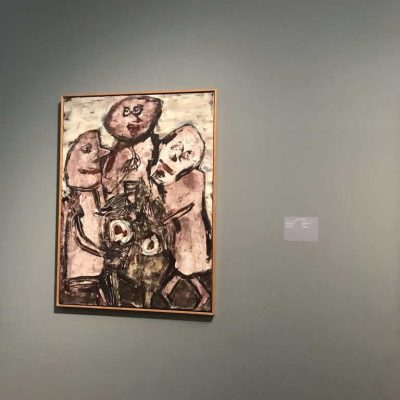 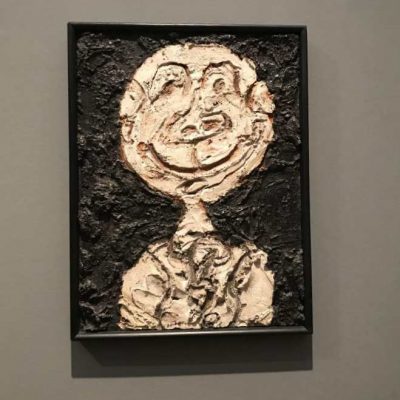 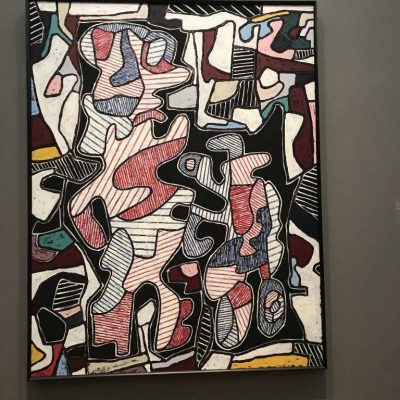 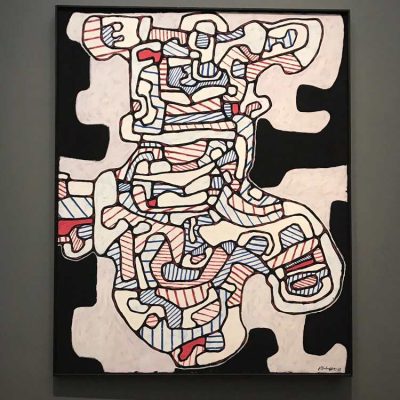 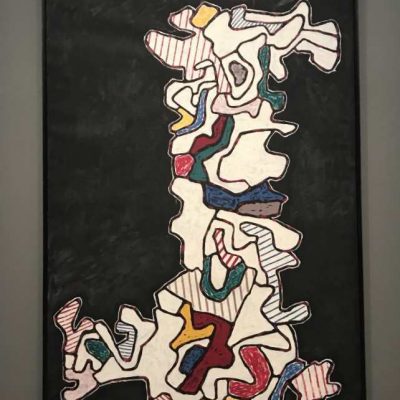 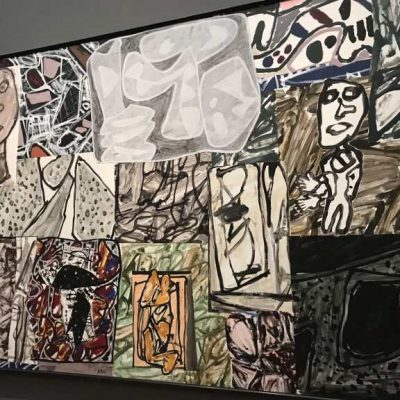 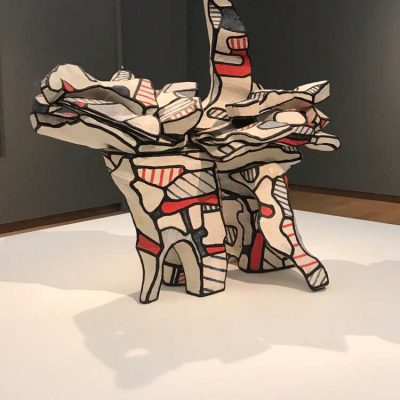